This marks the 6th year in a row in which the company has seen growth, resulting in a CAGR of over 100%.

SDK Penetration & Platform Reach
Perhaps the biggest highlight from our earnings presentation was AdColony’s SDK penetration, which grew faster than any year in company history.

We experienced an +87% increase in the number of active apps using our video SDK. This growth has fueled our strong position in the highly-coveted Top 1000 apps globally, where we continue to have the largest advertising SDK footprint second only to Google.

AdColony also hit a new major audience milestone, with our reach now passing 1.5B unique devices, a number that has grown 47.9% year over year.

Overall, we made great progress in 2016 against our long term vision of building the highest quality mobile marketing platform in the world.  We balanced growth with a record year of R&D and investment in new products, several of which we will be launching in 2017. We’re excited to show you what’s next as we introduce these new products in the coming months. 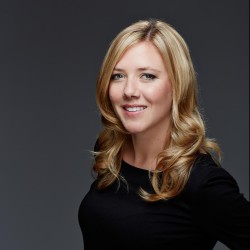